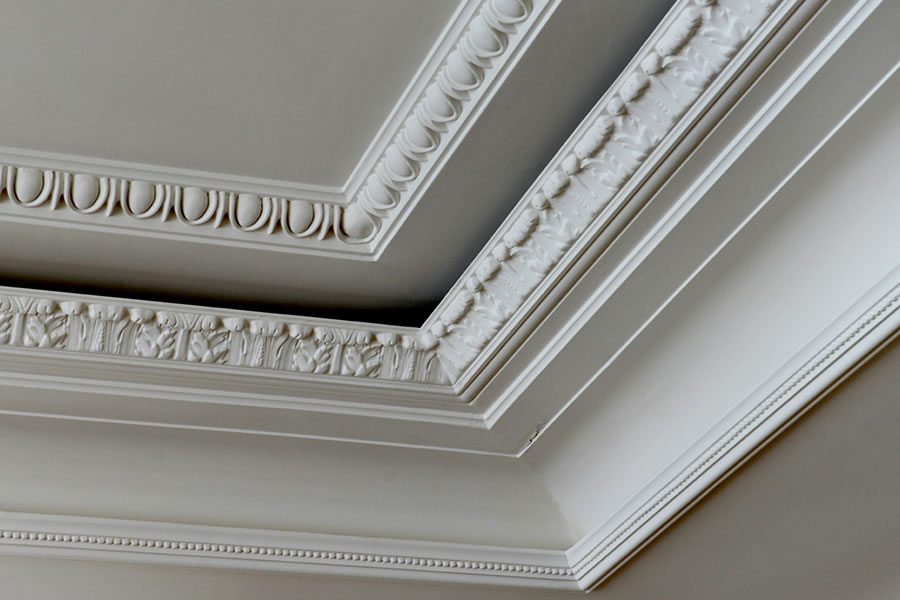 The Georgian style was heavily influenced by classical Greek and Roman architecture.It was popular in Australia Between 1800 to 1850 as Australia was becoming less of a penal colony and more of a country on its own right. Grander public buildings were starting to be built.

A common design feature was the egg and dart or dentil which featured along the bottom edge of the cornice. The egg and dart cornice is still popular today, especially on higher ceilings where a large egg and dart can give a room an instantly classical and Georgian feel.

The Georgian Period was punctuated by the Regency Period which brought with it more decorative and detailed cornice designs, with intricate leaf work - all of which are still popular today.